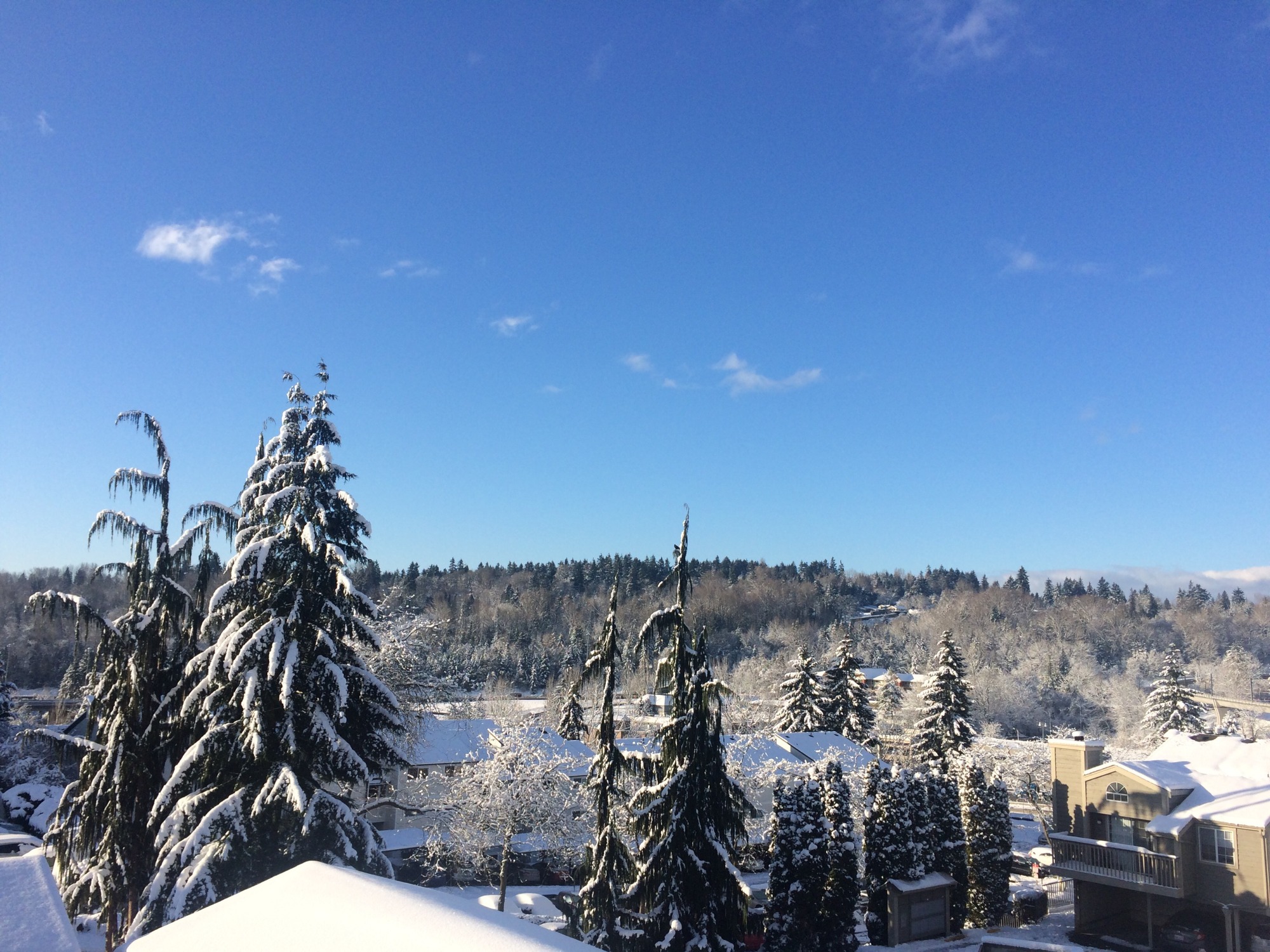 I watched Bird Box on Netflix last night, and I was struck by the similarities between the movie and what Seattle was like on Friday.  If you happened to be in Seattle on Friday afternoon, you’d know that there was a general vibe of “the world is about to end”.  Caught up in the hype of Snowmageddon, I made the terrible decision to go to the grocery store, where I was met with crowds of anxious people fighting over milk and bread.  I’ve never understood why everyone buys milk when it snows, but that’s a topic for another day.  We ended up having about six inches of snow, which is in fact the yearly average for Seattle.  After 24 hours of pandemonium, it is once again sunny and there are probably a lot of people wondering what to do with all of the milk they have.

As someone who grew up in Colorado, snow is certainly a familiar friend.  One of the great joys of childhood was the anxious anticipation of a possible snow day.  Unfortunately, it usually took a bit more than six inches to shut down the city.  In Seattle, that’s not the case.  Just a couple inches of snow meant a few days off last week!

In college I had a chance to experience a “first snow” with a friend.  For him, it was a captivating new sensation that was like nothing he had ever experienced.  For me, it was a unique reminder that perspective is everything.  Snow means something different to each and every person.  To a skier, it can mean fresh powder on the slopes.  To a child, it can mean the chance build a snowman.  To a driver, it can mean danger.  The important thing to remember is that there’s no right or wrong way to interpret snow.  Just like life, snow is what you make it!